Well, damn, and I was planning to go out and buy one this weekend.  I guess I'll have to re-think:


Ferrari recalls $230,000 458 Italia supercar
NEW YORK (CNNMoney.com) -- Ferrari is recalling its new 458 Italia model after several vehicles were reported to have burst into flames.  The heartbreaking story is here! 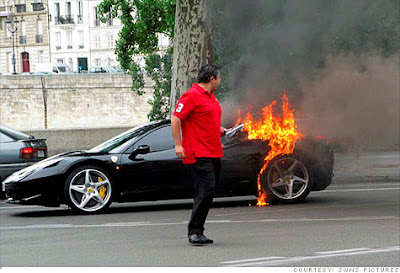 I like to collect life experiences, and next month I'll be adding another one.  I'm going to Southern California for a weekend get-away.  I thought it would be fun to see a TV show, so I requested a ticket to the Tonight Show With Jay Leno.  They have a lottery system where viewers are chosen from all who make a request.  Today I found out that I'm going!  At least I think I am. The show always overbooks in order to assure themselves of a full audience.  It's first come-first admitted.  I'll go early, but not crazy early. 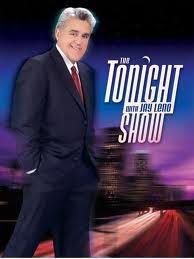 I hope that someone good will be on the show and not some politician or starlette.  One of my favorite musicians, Derek Trucks, is on the show tonight.  I wish he could have waited a month.  Oh well.
Labels: Miscellany