Welcome to my hometown of Kingston, Ontario, Canada. 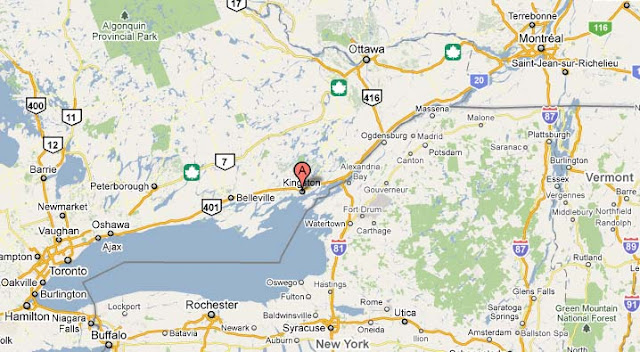 It's an old city, established in 1693 and was Canada's first capital and home to the first Prime Minister, Sir John A. Macdonald.  Later the capital was moved 100 miles inland to Ottawa as it was feared that Kingston was too close to the U.S. since it was located on the shores of Lake Ontario.﻿
﻿
Because of Kingston's location it has always been a site of military importance and defense.  There is Fort Henry and four Martello towers, which are now tourist attractions. When I was little, I lived across the road from one of them, Murney Tower.  Now the house has been torn down and replaced with part of the Kingston General Hospital.
﻿ ﻿﻿

More of the tour of Kingston tomorrow....
Labels: Travel