How I Spent My Summer Vacation - Part 2 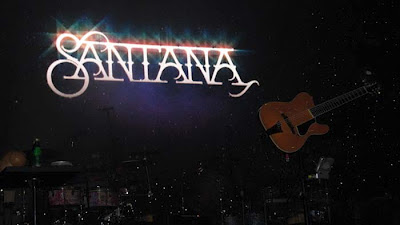 It's hard to know what to say about Santana, either the band or the guitar player.  Words like amazing, sensational or talented just don't begin to say enough.  I've been lucky enough, now, to see them four times:  3 in the Denver area (Pepsi Center, Red Rocks and Fiddler's Green) and now during my trip to Maryland.  When I heard about the concert and decided to go I thought that the Allman Brothers were to be the only act and that was good enough for me.  Then, I found out that Santana was also going to be playing and I felt like I'd won the lottery. 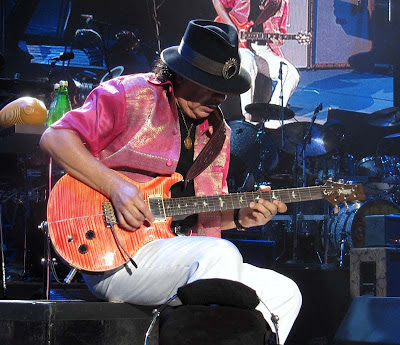 Every song they played was perfect and polished.  The band is enthusiastic.  It's nice to hear two wonderful bands that are all about the music and not about the flash, theatrics and costume changes. 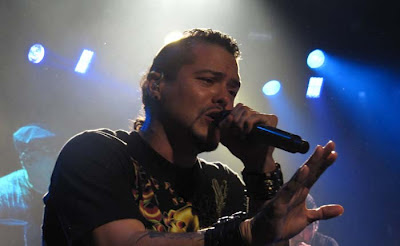 Singer, Andy Vargas (above), puts a lot of feelings and emotions into all of his vocals, as does Tony Lindsay.  Tony made me laugh.  At one point during the performance I had my hand under my chin.  He came to where I was and mimicked my pose exactly.  Too funny.

Check out Carlos Santana's shoes.  Not many men could pull off wearing all that pink.  I guess that being on stage helps.﻿  The man was stylin'.  Actually, I wouldn't mind having a pair like them myself! 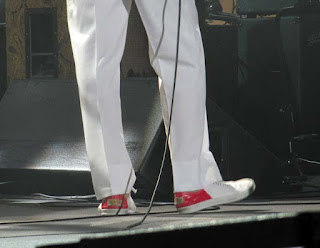 Near the end of the show Derek Trucks and Warren Haynes, guitarists from the Allman Brothers Band, came back on stage and played with Santana.  For someone like me who loves good guitar playing, it doesn't get much better than this.  The only thing that might have made it better would have been if David Gilmour from Pink Floyd had've joined them!

The biggest highlight of the concert was hearing the Allmans do the song "Jessica".  I was beginning to think I wasn't going to hear it and then they started playing it as their last song before they were called back for an encore (Whipping Post).  It made my night.  Second to that was hearing the Santana band playing "Smooth".  The song has been around for a number of years but I never get tired of listening to it. 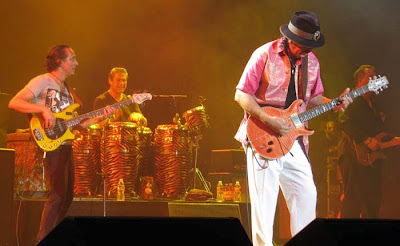 The concert was on the last night of my trip and the main reason for it.  However, there was something else, something very different from the concert that I did.  I'll post about that soon, but next up, I have a pair of socks finished (not the Maryland socks) that I need to record.