Back in 2010 I blogged about a friend's grandson, Tyler, who was in the Airborne and heading to Afghanistan. Since then, his younger brother, Brent, also joined the Airborne and I made him a cap as well.  Now, Brent has gone on to be a part of the Ranger Regiment, so a request was made that I make another cap/helmet liner and I was happy to do so: 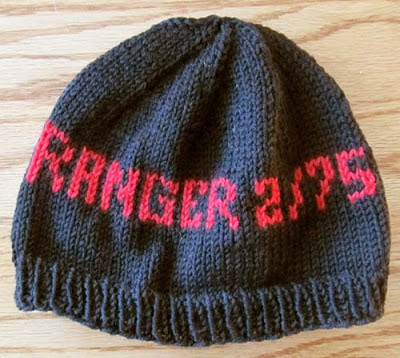