I succeeded in my race against the clock and finished the Broncos scarf before the end of the Super Bowl, which is more than I can say about the team.  I wish I could say that they succeeded as well.  I had hoped that, win or lose, it would at least be a close game but the Seahawks ran away with it, and deservedly so.

When I say that I finished, I mean that I finished the number of rows that I'd planned, over 400.  However, when I got to the end I decided that the scarf wasn't long enough so I ripped out the bind off row and will keep knitting.  The stitches are all knit stitches so the row gauge was like garter stitch, needing more rows to get to the desired length.  I'll post a picture shortly, once it's longer and blocked.

As if that rush to a deadline wasn't enough, I've joined the Ravellenic Winter Games on Ravelry as a member of Team Rowan Love 2014, part of the Rowan Love Ravelry group.  If you're a fan of Rowan yarns, patterns, etc., why not join us?  Dayana has made us this very nice badge for the event. 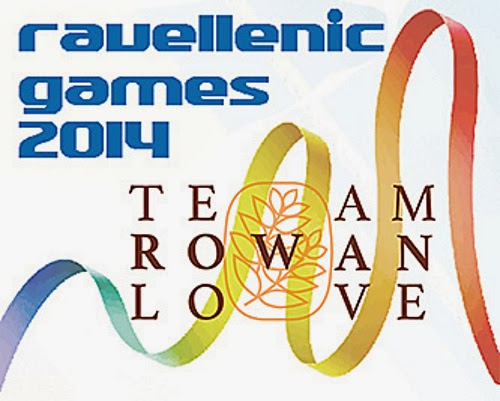 There are a lot of categories for participation.  I've decided to do a colorwork project for the home, which would be an intarsia block for my Jubilee Throw - #D4.  It's okay to do part of a larger project if that's your choice.  There's no way I could possibly knit the entire afghan.  The idea is to cast on during the opening ceremonies of the Sochi games and be finished by the end of the games.  It's important that you challenge yourself. 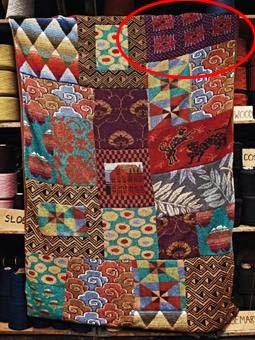 I've already knit a couple of rows which I'm counting as swatching, which is allowed, just to see if I like the resulting fabric of the block.  I would have ripped it out if it was too tight or loose but I'm satisfied so I won't do anything more until February 7th.  Except for weekends I can only knit in the evenings (can you say "day job"?!!) and I'm also working on other projects, like the aforementioned Broncos scarf, so this will be a challenge.

Woohoo, it's going to be great to get another square done right away! Good choice of square -- it looks somewhat repetitive, doable while watching something else?

I'm sorry about the Broncos. That was not a good game for them, putting it lightly. :(