The Olympics seemed to pass by amazingly quickly and this evening the closing ceremonies are on TV.  I joined a knitalong on Ravelry a few weeks ago and the project I chose was block D4 of Kaffe Fassett's Jubilee Throw.  For a while I didn't think I was going to complete it in time.  There aren't a lot of hours to work on knitting in the evening.  However, yesterday I was finished and I'd washed and blocked the piece.  Today I took the pins out and it's completely done. 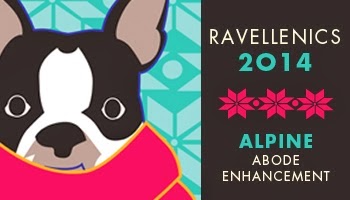 I can't say that I'm totally pleased with the results.  I stood back and looked at it and the first thing that came into my mind is, "I could have done better".  I've done a lot of intarsia and to my mind it's not my best intarsia project.  I think I was in too much of a hurry plus I was knocked out with a head cold for days.  Those are my excuses. For now, I'll put it with the yarn for the rest of the blocks and will decide if I want to include it in the afghan or make a new one.  I won't make that decision for a year or two as that how long it'll take to do all the other blocks.

Note:  It's now a day later, Monday, and the block is dry and looks good to me.  I won't be reknitting the block afterall.  What a difference a day makes!
Labels: Afghans, Finished 2014, Kaffe Fassett, Rowan

A gold medal is yours! Anyone who does intarsia as a preference deserves a gold medal.