Do you know what I'm knitting now?  Can you guess what it is?  It's half finished at this point.  The other half is a second piece exactly like this one.  It's about 8 inches in length from top to bottom and used 14 grams of yarn.  I've been knitting for many decades and I've never made this before.  It looks a little like a covering for a miniature hot water bottle, doesn't it? 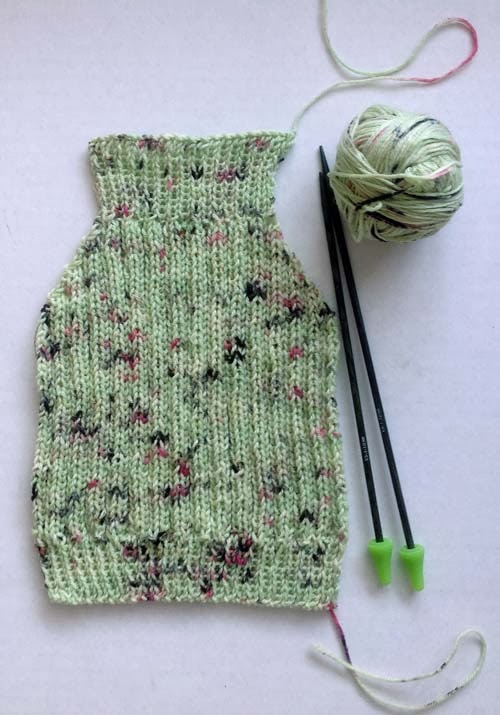 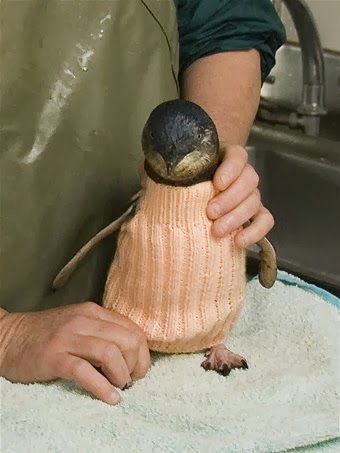 I had read from several online sources that there was a world-wide appeal for sweaters for penguins.  You can read all about the Penguin Foundation by clicking here.  Going here, you'll find a link to the pattern for the little penguin sweater.  It's been interesting to go through the site and learn more about these little animals.  My 4-year-old grandson was quite intrigued by the idea that Grandma Jo was knitting for a penguin.  The only ones that he's seen are the larger ones at the zoo and he loves going to the exhibit.  Telling him all about the oil in the water and cleaning the birds was a science lesson.

Added a couple of hours later:  I was knitting the remaining side of the penguin sweater and watching TV when a commercial for Dawn dish soap came on, talking about how Dawn is used to help clean wildlife after an oil spill...including penguins.  What a coincidence!
Labels: Knitting The Stash, Life

They never actually needed the sweaters in the first place. This is a situation in which a rumor got started on the internet, and took off. Sweaters actually harm the birds, rather than help them. They got so many of them that they started putting them on plush penguin dolls and selling them, using the proceeds to pay for actual rescue efforts.

Please spread the word to STOP knitting these things, and donate cash to the rescue centers, instead, as it is something they actually need.