If you were to ask me if you can have too many afghans I would have to say no.  Besides the ones I've knit in the past I have three on the needles and one more about to begin:  Kaffe Fassett's Jubilee Throw will be a long project due to its complexity.  I'm in no hurry at all to finish.  I'm going to savor every block of this one.

The same goes with my Talavera Dreams afghan.  I love working on it and will enjoy every stitch of every hexagon.  My Travel Afghan, Ramble On, has been an ongoing project since 1999.  It's now down to the last two border sides and should be finished in March, 2015.  Such a memory project.

Next up was an afghan that I couldn't resist.  It's a Kaffe Fassett mystery knitalong and it starts on October 1st.  Kaffe Fassett projects are hard for me to resist.  I have my yarn and needles ready for the first clue to be published.

With so many afghans on the needles, I'm happy to report that I have another afghan OFF the needles. 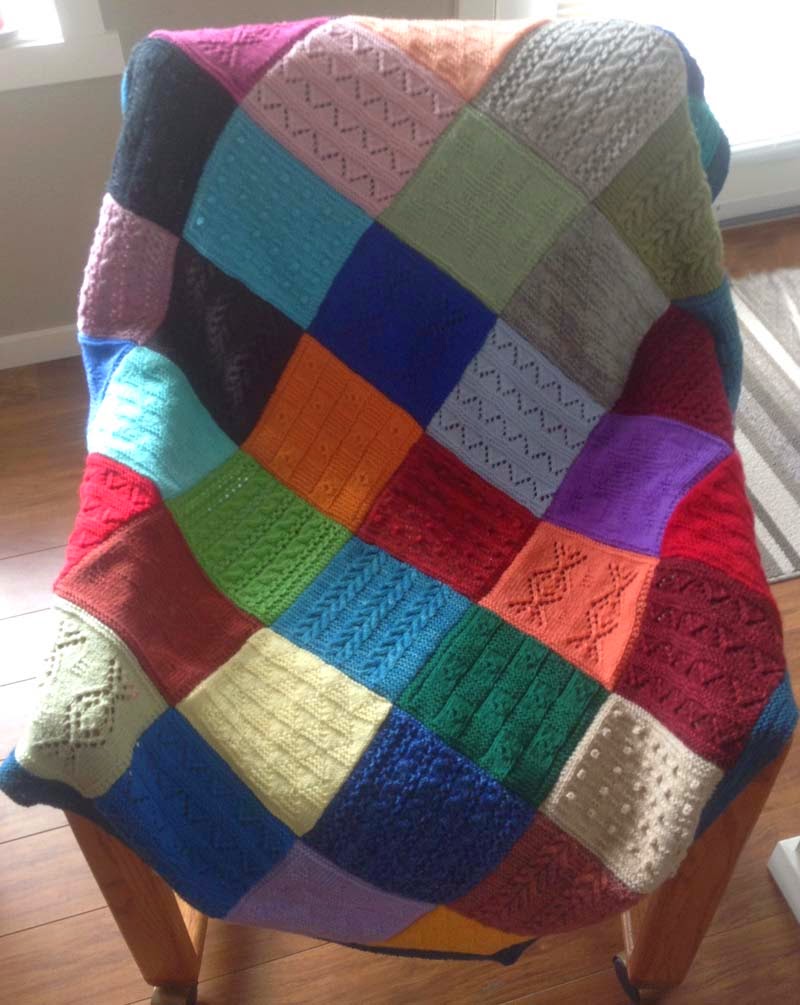 Notes:  Because I used fingering-weight yarn instead of the worsted called for in the pattern, my afghan is smaller than the original.  That's what I wanted.  It's a nice size for lap-afghan, or for the grandkids to curl up under when they come to visit.  It felt good to use stash yarn for the entire project. 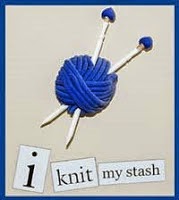 By the way, the temperatures have gone up and the snow has melted here in Calgary.  Thank goodness!
Labels: Afghans, Finished 2014, Knitting The Stash, Rowan

Your title made me laugh!

Thanks Janette! I think that we are both being very sensible, using our stash. Looking forward to the next afghan!

Yahoo, you did a fabulous job!!!! BIG GOLD STAR AWARDED FROM DAYANA KNITS.

Except yeah, gotta admit, it's that Jubilee Throw I wanna see.