It's still a couple of weeks until Remembrance Day / Veterans's Day, when we remember those who served and those who died in the wars.  Sadly, this year there will be one more to remember, Cpl. Nathan Cirillo.

He died from a gunshot to the back from a terrorist punk yesterday in Ottawa.  Cpl. Cirillo was stationed at the War Memorial, a human reminder of all the soldiers who had gone before him, a guardian of the tomb of the Unknown Soldier. 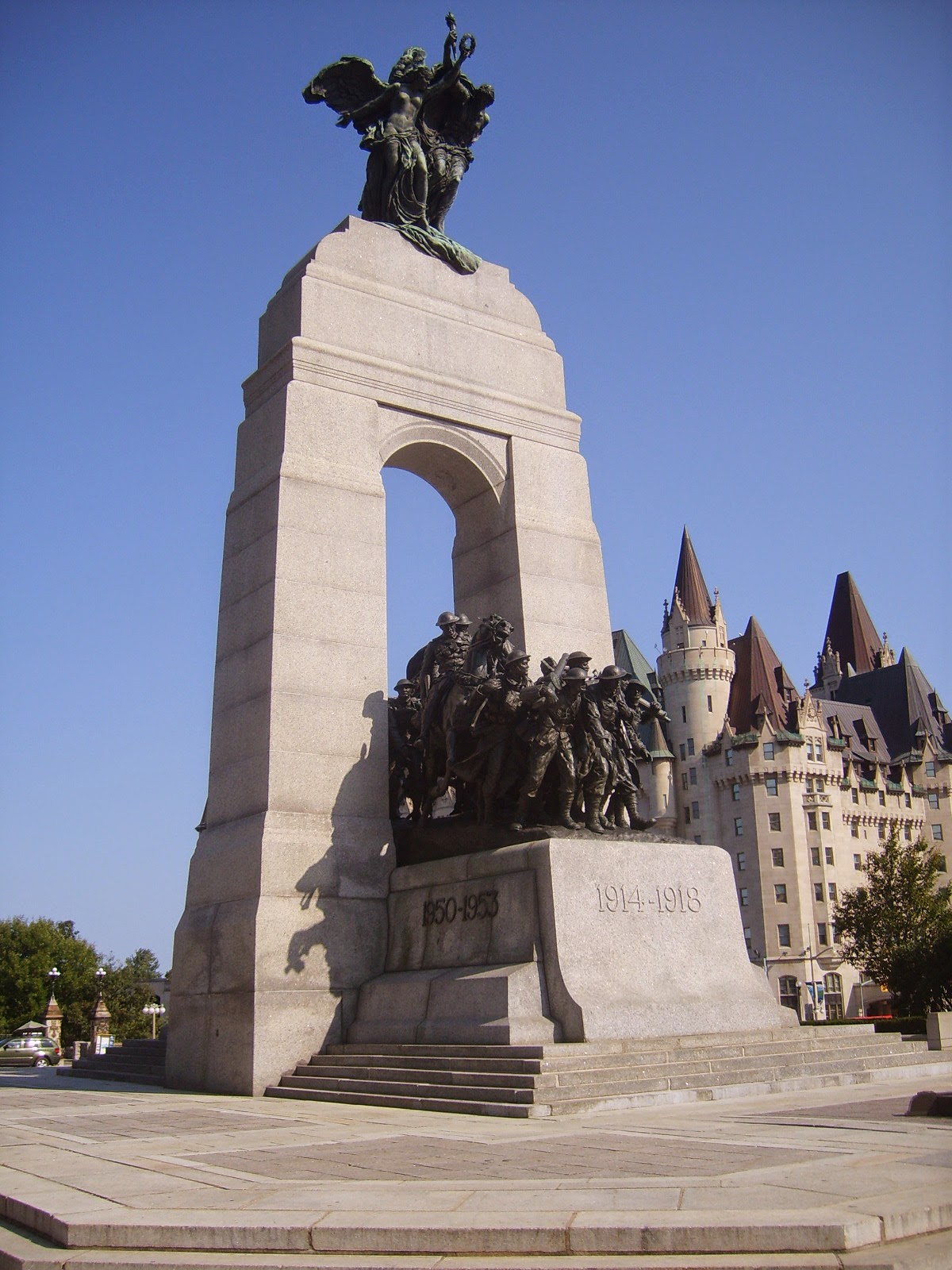 This incident was particularly unsettling to me.  I come from a family who served.  My parents and uncles were in uniform, proudly serving during World War II.

I know this area of Ottawa very well as I went to college just a few blocks away. I would go for a walk to the War Memorial and Parliament Hill when I lived there as they were both peaceful and beautiful places.  That was then.

I remember touring the Parliament Buildings during a school trip when I was in the 6th grade. It was big and impressive and open.  I'm sure that will change now.