I'm a big fan of the Colorado Avalanche hockey team.  Years ago I had collected some team patches and that's when I decided to make a sweater in Av's colors and sew the patches onto it.

I made a neck opening and inserted a short zipper and then attached an inexpensive earring as a zipper pull. To tidy up the end of the zipper opening I sewed on a small logo patch. 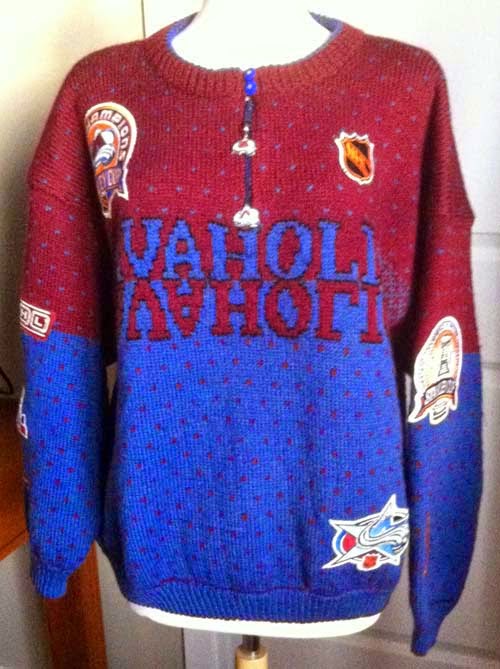 I can't remember what yarn I used. I may still have my knitting notes somewhere.  I'll have to look for them. I think I used Jo Sharp yarns. The word "AVAHOLIC" was worked in fair isle, upside down and normal text. 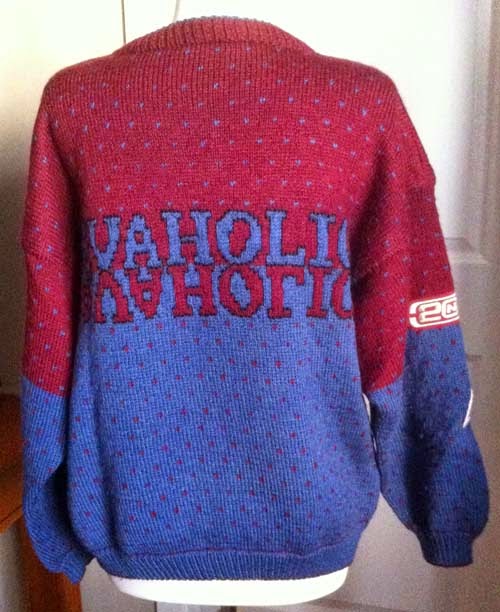 I probably made the sweater around 2005. Just a guess.
Labels: Designing, Hockey, Knitting Flashback, Sweaters

The other Colorado Avalanche hockey team's fans must be so envious when they see you wearing it..I wouldn't leave the sweater out of my sight while those fans are around...
Merry Christmas!
Minervita
Calgary, Alberta