The Kaffe Fassett/Rowan knitalong is moving right along.  The time has gone by quickly for the first six clues .  Tomorrow clue #7 will be released and I'm all caught up and ready to cast on. 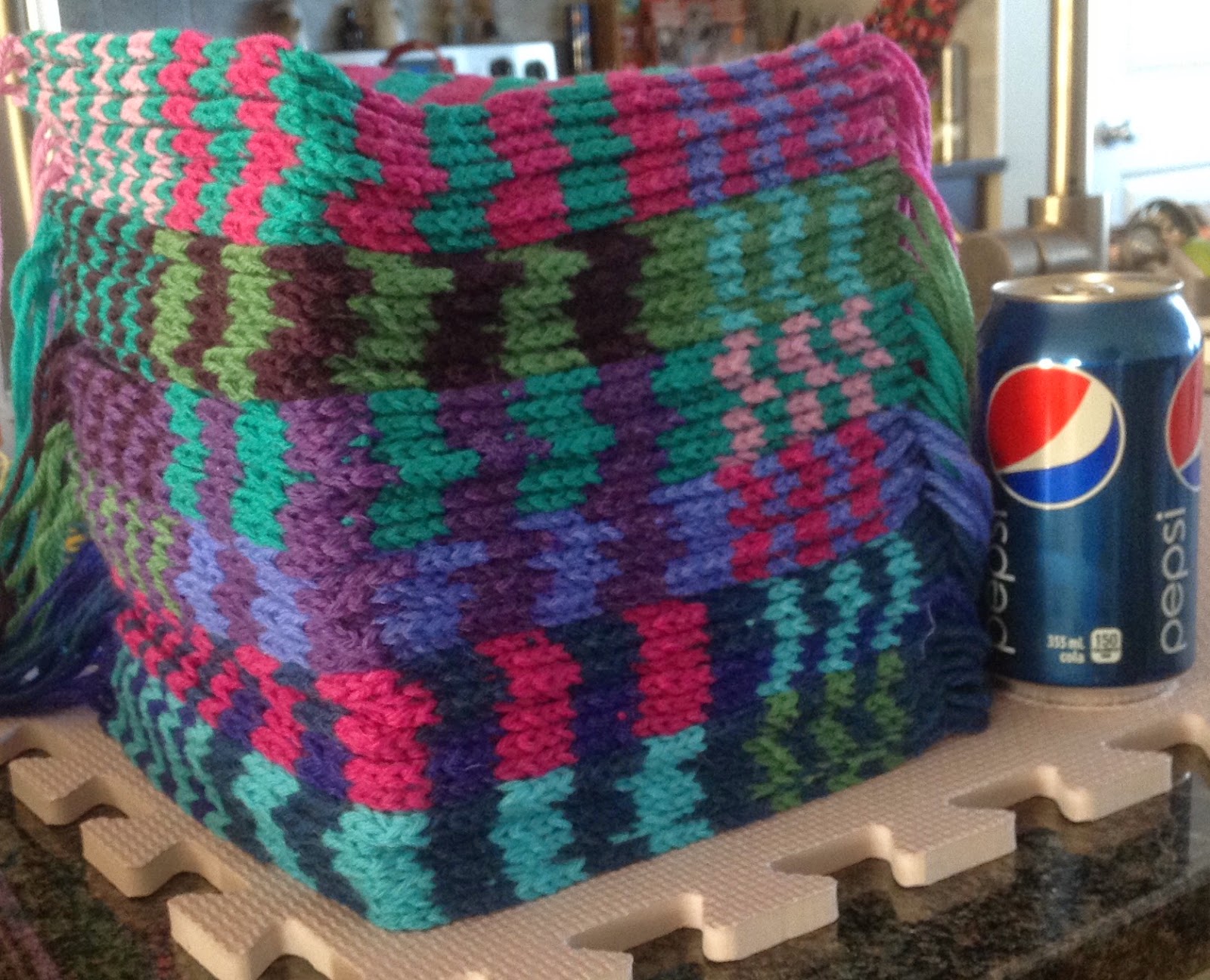 What you see are 42 squares for the afghan, all blocked and with ends sewn in, except for the beginning and ending lengths, which I plan to use to sew the squares together.  I also have the 12 blocks finished for the brown cushion.  The soda can is there for size comparison.

The stack is growing as fast as the piles of snow outside my window.

And, speaking of snow, while I was waiting for the next clue I cast on for a little snowman.  I couldn't resist the cable design.  So cute.  Instead of using sportweight yarn in a natural color as in the pattern, I shopped my stash and I'm using Dale Baby Ull in white.  It'll be a smaller version of the original and that's what I'm going for.  Frost Flower is a free pattern from Cascade Yarns - link. 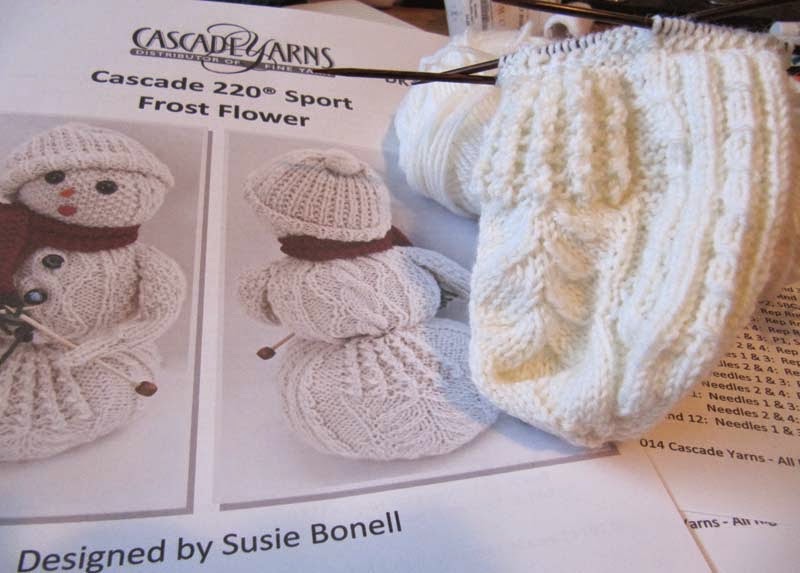 I've finished the bottom section and I'm about to start the middle.  So far the pattern has been excellently written.  The instructions are given round by round with final stitch counts included.  With the new afghan clue coming out tomorrow, I'm not sure if Frost Flower will be done in time for Christmas but that's okay.  It'll be done when it's done and there will likely still be snow on the ground here.
Labels: Afghans, Kaffe Fassett, Rowan, Toys

Maybe the little guy can share space with the Bird Lady?