I have each of the monthly sock yarns (lightweight) from The Loopy Ewe, dyed by Socks That Rock for 2016 - except for December which isn't out yet.  I love the yarn and the colors, which are dyed to match notecards with photographs from Paul Berger. 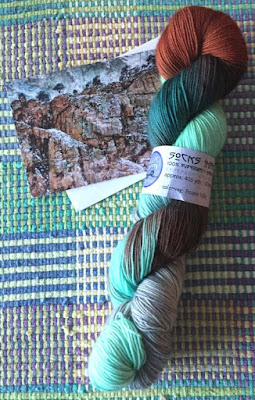 What I don't like at all is that the skein is larger in circumference than my swift.  I can place it around the swift but it's so loose that it's destined to fall off.  The first skein that I wound was a total mess and I spent countless hours untangling it and then rewinding it.

This time, I thought that if I turned the wool winder very slowly that I'd be able to control the skein.  Wrong.  I got it done partway, but then it fell off again.  This is what I ended up with: 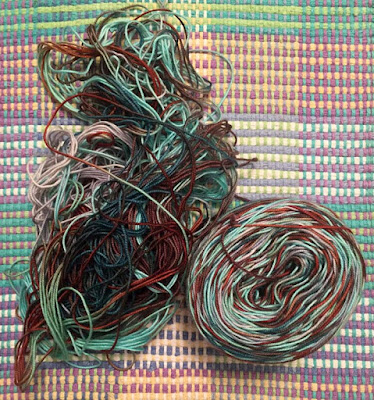 I still have 10 more skeins to wind, but I don't have to do them now.  For now, I must run along and say some bad words that will keep me on Santa's Naughty List.  And then, I'll be busy washing my mouth out with soap.
Labels: Yarn