Coal for my Stocking and a Kep

The elves at River City Yarns must think that I've been naughty this year as I found a bag of coal in the Advent Box today.  Of course, if the coal is actually cinnamon hard candy, I can't say that I mind. 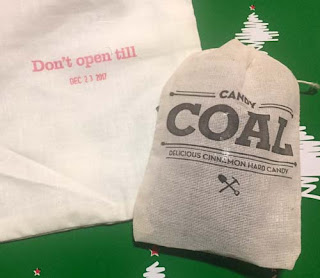 I have finally finished a project that I started months ago.  Actually, the knitting was completed many months ago and I've only just attached the pompom.  I've combined a very traditional fair isle pattern with a modern furry pompom.  I couldn't resist it, or the color.

The Kep pattern comes from the island of Fair Isle.  It was designed by a local knitter, Anne Sinclair, and offered as a knitalong project for members of the Facebook group "The Fair Isle Fisherman's Kep" only.  You have to ask to join the group, but once you do you'll see some beautiful examples of fair isle knitting.  The proceeds from the sale of the pattern go to help support the George Waterston Memorial Museum on Fair Isle. 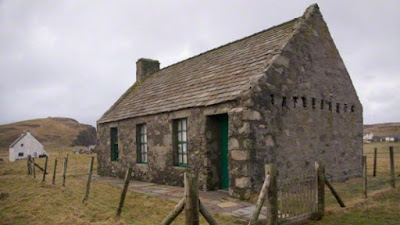 It impresses me that an island with only about 55 inhabitants has a museum.  To me, it shows how proud they are of their home and culture. 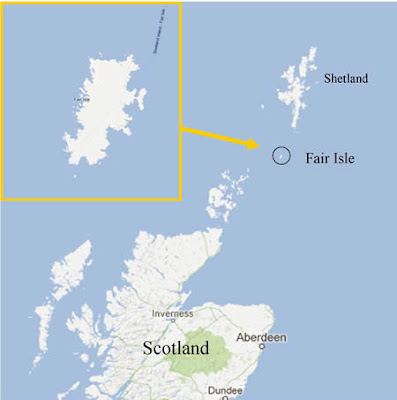 Here is my Fishermen's Kep.  It was a very good knitting experience.  The hardest part was trying to decide what colors to use.  Traditionally, five are used.  I decided to make the hat to go with a pair of mittens I made last year, adding two extra colors. 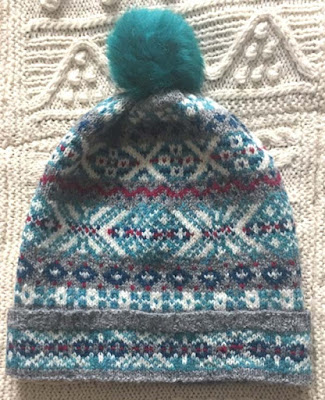